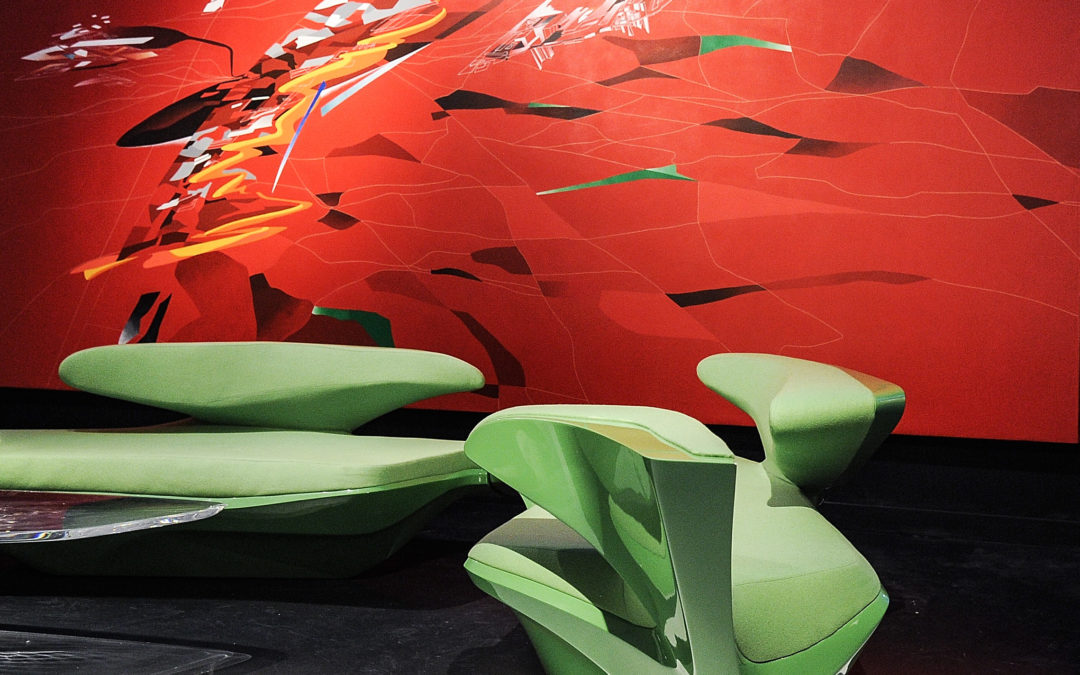 As with most architecture fans, I was shocked at the untimely and tragic death of architectural legend and artist, Zaha Hadid, in March 2016.  Taken too soon, she dedicated her life to curvilinear forms and ‘liberation of the plan’. Her exceptional work pushed design boundaries to create vast, beautiful buildings that appear as giant sculptures emerging from the landscape.

I first encountered Hadid’s work in 2006 at the Guggenheim in New York where I was blown away by her futuristic furniture and design-led paintings. Blues, reds, greens, negative space, white linear drawings overlaying bold areas of static colour, and her furniture(!); curving bulbous objects appearing like shiny, polished alien forms… The woman was an expert in composition and spatial depth.

Buying her books and keeping track of her career, I was pleased to view Hadid’s early paintings and drawings at the Serpentine Sackler Gallery at the end of 2016. During the gallery curatorial talk there was a sense of sadness at such a talent lost, but a real appreciation of just how much talent she really had!

It’s a testament to her strength and determination that she reached the top of the male-dominated world of architecture. In 2004 Zaha Hadid was the first woman to be awarded the coveted Pritzker Prize, followed a few years later by Britain’s most prestigious architecture award two years consecutively, the Stirling Prize in 2010 and 2011. It took a long time for her first project to be built (Vitra Fire Station, Germany 1993), but her perseverance and commitment to her art-form is truly admirable.